Part of the iHRIS family of health workforce data solutions 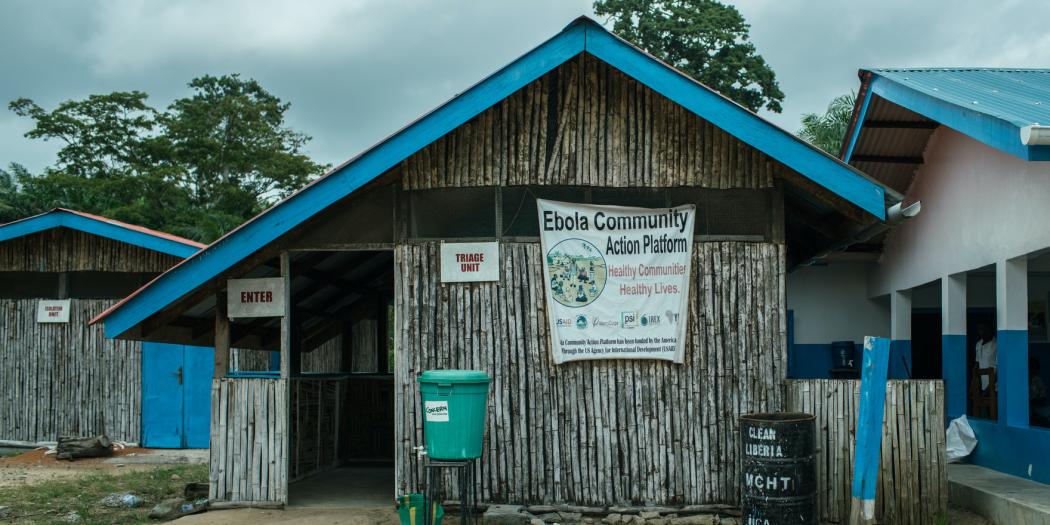 In August 2014, during the largest-ever outbreak of Ebola, there were about 2,000 reported cases in Liberia, Guinea, and Sierra Leone, and the number was rapidly rising.

Health sectors were overwhelmed, and health officials had no way of reaching health workers in real-time with critical, lifesaving information.

Staff from IntraHealth International and UNICEF participated in a teleconference to brainstorm ways that health workforce information systems and mobile platform interoperability could be used to allow for real-time, two-way communication.

The conversation quickly turned into action as the collaborators committed to developing an interoperable platform that could immediately support ministries of health and health workers in tackling the existing Ebola outbreak. They envisioned a platform that could draw data from across different information systems and use those data to send and receive targeted messages using health workers’ mobile phones.

Within a few weeks, the UNICEF Innovation Lab in Kampala, Uganda, hosted a hackathon. They invited IntraHealth (with support from USAID’s K4Health project), Jembi Health Systems, and ThoughtWorks to develop the platform with the goal of creating use components of the OpenHIE architecture to link several software systems together.

At the hackathon, developers were able to link data from three separate systems (iHRIS, DHIS 2, and RapidPro) to prove the concept. Because they used the open data exchange standards from OpenHIE, the model they developed would be readily replicable in multiple countries and contexts.

Early in the development and testing phases, the Ministry of Health and Social Welfare in Liberia expressed interest in implementing mHero to address the ongoing Ebola outbreak and strengthen health-sector communication and the country’s health system for the long run.

IntraHealth and UNICEF worked together in Liberia to engage national stakeholders, structure and design the mHero approach according to Liberia’s needs, help adapt the technology in the country, and build institutional capacity within the ministry to guide and manage mHero. In December 2014, the ministry pilot-tested mHero. They sent messages to 289 health workers, 57% of whom responded.

Since then, IntraHealth, UNICEF, and other stakeholders have helped the ministry improve and scale the platform.

Multiple donors and technologists have collaborated to improve and introduce mHero in other countries and for other use cases.